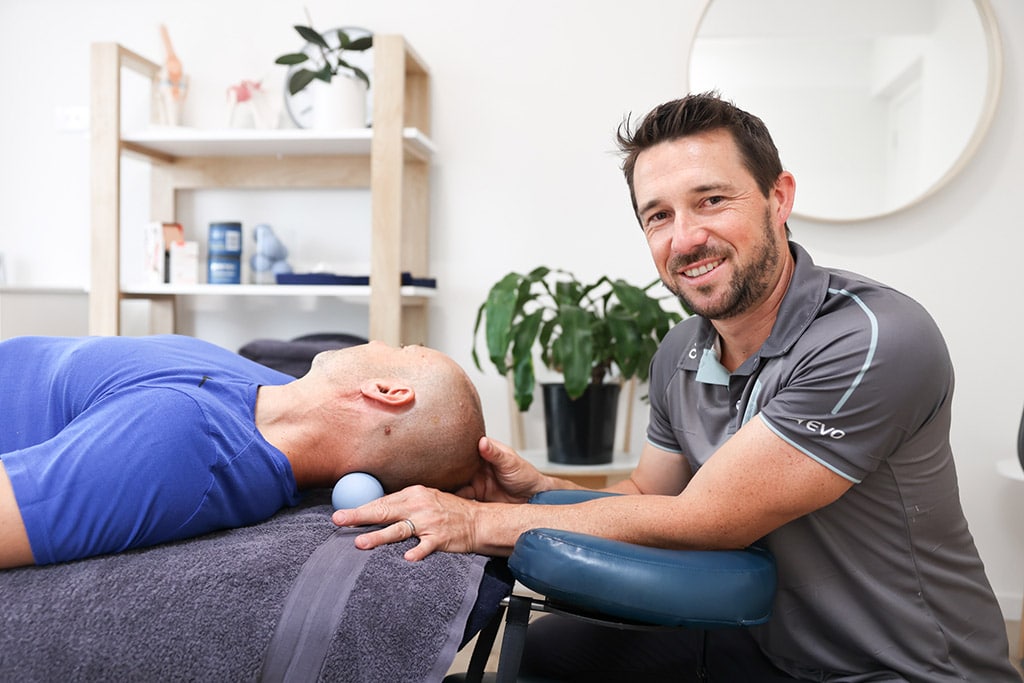 Why did you become a Soft Tissue Therapist?
After high school I studied Sports Development which I thought would lead to PE teaching, but instead, my favourite part of this course was the Sports Massage component. I liked the idea of working with elite athletes and helping them achieve their goals, so I decided to pursue a career in Myotherapy.

Interesting things you have done in your career?
In 2006, I worked with the Scottish Commonwealth Games team which included a ripper Comm Games after party with a bunch of boxers from Northern Scotland whose accents were so thick I could hardly understand a word they were saying! I also worked with the South African Cricket team where I was given a cricket bat used by Herschelle Gibbs in the Boxing Day test. I have also been part of the teaching faculty at RMIT and Victoria University in the Health Science department.

What do you do to keep fit?
It’s all about the hang snatch for me!! I rely heavily on weight training in order to stay strong as my work is very physically demanding. I also enjoy running along the river in Warrandyte and doing yoga at Light Space Yoga.

Greatest sporting achievement?
Finishing the Ironman Triathlon in 2008 and competing in the World Olympic Distance Triathlon Championships in Lausanne, Switzerland in 2006 (and finishing the race despite having a pretty serious bike stack!).

If you could jump on a plane and visit one city, which would it be?
Somewhere I’ve never been before… maybe Buenos Aires?

Favourite thing to do outside of work?
Taking the kids to the beach and playing golf with mates.

Where did you grow up?
I lived in Queensland for six years, but was born and spent most of my time growing up in the Eastern suburbs of Melbourne.

What is your food weakness?
Chilli salami and pasta

I liked the idea of working with elite athletes and helping them achieve their goals..I enjoy working with patients with lumbo-pelvic pain, particularly with distance runners and cyclists.
Book with Michael