What Are Some Common AFL Injuries?

The football season here in Australia, particularly Melbourne is well underway. If you’ve been following at all, the number of AFL injuries in the first 3 rounds has been well noted by the media. Disappointed supporters, whose chances to make the finals, has now been made significantly harder.

So I thought I’d take to the time to give you 5 facts about AFL injuries so that you can educate yourself and what to expect for the rest of the season. I am a podiatrist so some of these facts apply to me and some don’t. But I am also a footy fan so I find all of them interesting.

FACT 1:
The number of concussions more than doubled from 2014 to 2016, however, the concussion assessment protocols have improved out of sight in the past couple of years.

FACT 2:
ACL (knee) injury has remained dead stable for the past 10 years. (Meaning it hasn’t improved or gotten worse.)

FACT 3:
Hip, groin and thigh injuries are more than double that of total knee injuries. The incidence of such injuries is on a downward trend, reflecting a better understanding and management of these injuries.

FACT 5:
Hamstring strains continue to be the cause of most matches missed per year. 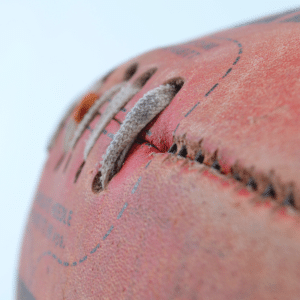 So take what you like with these facts about AFL injuries. Perhaps you can compare them to your club and favourite players across the league.

So why has there been a rise in some injuries despite our knowledge and treatment methods growing?

I believe that it is likely a combination of things. Constant changes in rules, for example: interchange and substitutions, increasing salary for players and therefore increased pressure to perform on top of big preseasons.

That’s all for now, hopefully, your team doesn’t succumb to the injury bug!