This season was my first ever experience working with netballers at an elite level. I had a general understanding of the game, but by the end of the season I had grown a huge appreciation of the sport, the dedication of its athletes and the skill required to compete at the highest level.

The Vic Fury team consisted of players ageing from 18 to 27 and it was my role as the Soft Tissue Therapist to assist the Physiotherapists and Strength & Conditioning team to keep everyone injury-free and on court.

Pre-season started in mid-November with multiple training sessions per week until the Christmas break. It would be a lie to say that I wasn’t nervous. Even though my experience included working with a VFL club, an AFL club and within a clinical setting, working with Vic Fury was a different kettle of fish! Every session was an opportunity to build trust with the players, coaches and support staff by doing what I do best…. treating soft tissue dysfunction!

Once the season started in February, everyone was in tip top shape with the exception of two players who were suffering from a chronic calf injury and a broken toe. There were high expectations of the team to succeed as the club had been premiers for several consecutive seasons. I had no doubt, having seen multiple training sessions and practice matches, that this year would be a success once again. 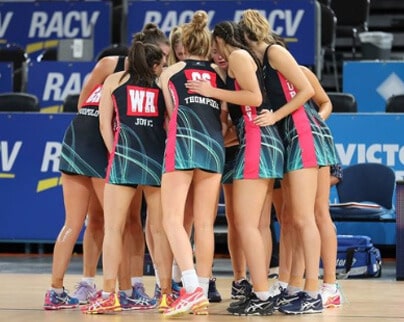 During the season, two matches were played on each weekend from February to early April. Being a national competition we had interstate travel to Alice Springs and Brisbane throughout the season, with finals being held in Perth.

We kicked off the season playing in front of a huge crowd at Hisense Arena as a curtain raiser for the Melbourne Vixens opening round match. By the end of the season, the team had managed to finish top of the table and booking our spot for the finals.

During the season we were lucky enough not to endure any serious injuries, with general tightness and soreness being the most common complaints. As the players increased their understanding of the benefits of Soft Tissue Treatment, more and more players were regularly booking in treatments before or after training and matches.

Both of Physiotherapists that were in the Vic Fury medical team have had several years of experience with Netball and treating elite athletes. I couldn’t have asked for better mentors!

Unfortunately the team fell at the final hurdle losing to Perth in the Grand Final. Even with this unexpected result, everyone associated with the club is extremely proud of each and every player and staff member. It takes so much effort, dedication and skill to achieve what the players did this season and I cannot wait for the 2018 campaign to get under way! I have a sneaky feeling that we will go one better and make a mends for the Grand Final loss. Go Fury!! 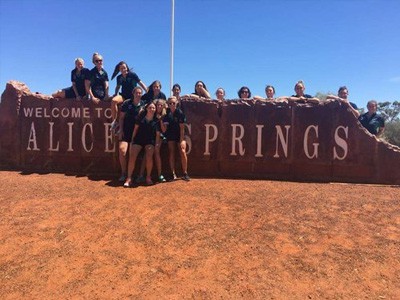